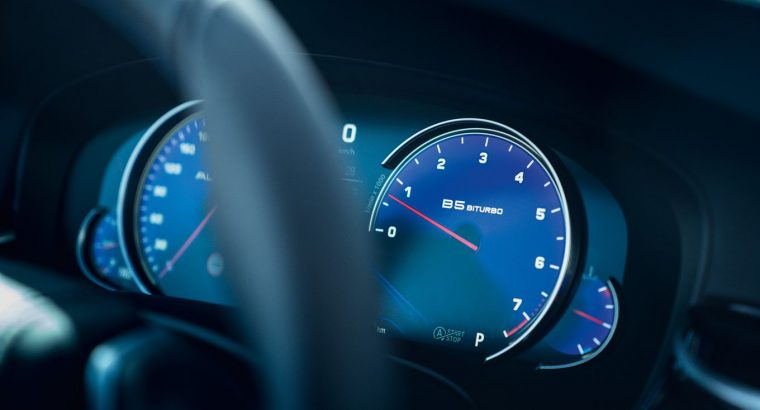 Alpina B5, is it a Bavarian Secret?

The Alpina B5 could be considered an unknown car, or maybe a Bavarian secret in the automotive circles of Australia. A subtle looking vehicle from outside, but as you turn the key and push the accelerator pedal, you know you’re driving something special. Alpina describes the B5 as the fine combination of performance, individuality and luxury, which has defined Alpina automobiles since the early 1960’s. The Alpina B5 uses a tuned BMW engine which is re-built at the Alpina headquarters in Buchloe, Germany. The not to be understated engine of the Alpina B5 produces 608HP, 800Nm torque and accelerates to 100kph in a whopping 3.5 seconds! Now that sure will turn heads whether you are driving through Sydney CBD or cruising along the Great Ocean Road.

“The fine combination of performance, individuality and luxury, which has defined Alpina automobiles since the early 1960’s.” – Alpina

Alpina Burkard Bovensiepen GmbH & Co. KG, is a German automotive manufacturer based in Bavaria. Alpina has a rich history of developing high performance vehicles based on models from BMW.  Alpina started in 1962 within young German, Burkard Bovensiepen’s barn. The cliché car manufacturer has had a strong partnership with BMW for over 50 years and continues to collaborate with the automotive giant in the development of new automotive technologies.

Can I buy an Alpina in Australia?

In 2016, Alpina opened two dealerships located at the BMW showrooms in Brighton and Bundoora. Here you can find the Alpina B5 for a “modest” base price of $229k, which is only a tad more than the BMW M5. Although a comparison between an Alpina B5 and the M5 is a post for another time.

Alpina only imports less than fifty cars a year to the Australian market. Having a chance of driving one could compare with the chances of riding a unicorn. I have been lucky enough to be passenger on the German Autobahn a handful of times in this car. Let me tell you, that this car compares to no other four-door sedan I have been in before.

The balance the car has between comfort and performance has been perfected by the Alpina engineers. As you drive down the road in Comfort mode, the suspension is softened and the exhaust valves close. But, turn the center knob of the Alpina B5 to Sports Plus mode and you will be sitting in a different animal.  A great quote by no other then one Jeremy Clarkson from a recent Sunday Times review sums up the build quality of the Alpina B5 perfectly….

“What I loved most of all, though, was the sense that every tiny component of this car had been poked and x-rayed and improved by a team of Germans who went home and, to prolong their performance in bed, thought about how perhaps it could be made better still.” – Jeremy Clarkson

Is the Alpina B5 really a secret?

If you live in Europe, I highly doubt it, but if you drove an Alpina in Australia most onlookers would assume it is a regular BMW. An Alpina owner would be someone who likes performance in a car but doesn’t want to look like a tarmac-cowboy. Alpina is a special brand, and with the step now taken in Australia, Alpina can expose themselves and put a positive footprint on the automotive circles in Australia.

Oh, and before I forget. The Alpina B5 also comes as a touring. Excited? I sure am! There has been no news about BMW making an M model touring anytime soon, so an Alpina B5 is the perfect alternative. Also, might I add that the touring is currently the fastest “station-wagon” production vehicle in the world. Yep, you read correctly. The Alpina B5 touring clocks out at over 320kph, not that you could achieve this (legally) on public roads….

Click here to find listings for Alpina parts, or make a request to find what you are looking for!